← more from
RadHaus
Get fresh music recommendations delivered to your inbox every Friday.
We've updated our Terms of Use. You can review the changes here.

by Rebekkah Hilgraves and Friends 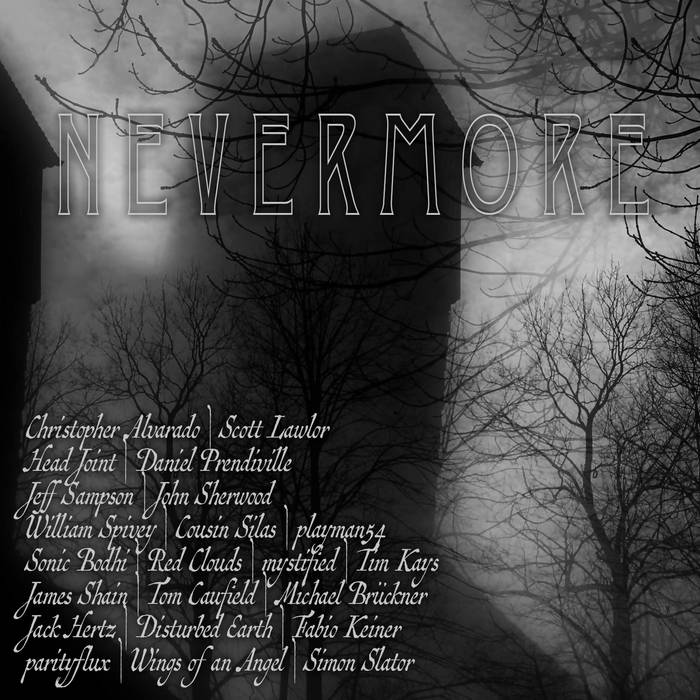 It started with a field recording, the raw, mono samples somewhat crude because there often wasn't time to set up a full recording rig.

The Mojave Desert ravens don't just "CAW", they have an interesting percussive purr, and RadHaus (radhaus.studio) recorded some of it, along with some other sounds: A dog barking, a distant train, other birds, the wind through a door, etc.

The challenge was this: use those sounds, along with a reading by Rebekkah Hilgraves of Poe’s "The Raven" included, and a handful of very short vocal stems, to build an ambient track, interpreting the material in the artist's own unique way. The artists were not limited to only these sounds; they were also free to add effects, synths, etc.

There was surprising interest in the project from many artists, and the results were spectacular. Two full episodes aired on At Water’s Edge of only Nevermore material, with two more full episodes following not long after.

This project, three years in the making, is the result of that first challenge, followed by later additions from other artists, revisions, additions, subtractions, etc., comprises nine full hours of sounds.

Artists on this album:

Rebekkah Hilgraves was born in Washington, D.C. and now makes her home in Los Angeles. She began training seriously for a vocal career at an early age. She also began broadcasting at WNIU in DeKalb, continuing in broadcasting, commercial and industrial voice-over work in several major markets in the years since. Currently she hosts a weekly program on RadioSpiral.net called The Edges of Dreaming. ... more

Bandcamp Daily  your guide to the world of Bandcamp